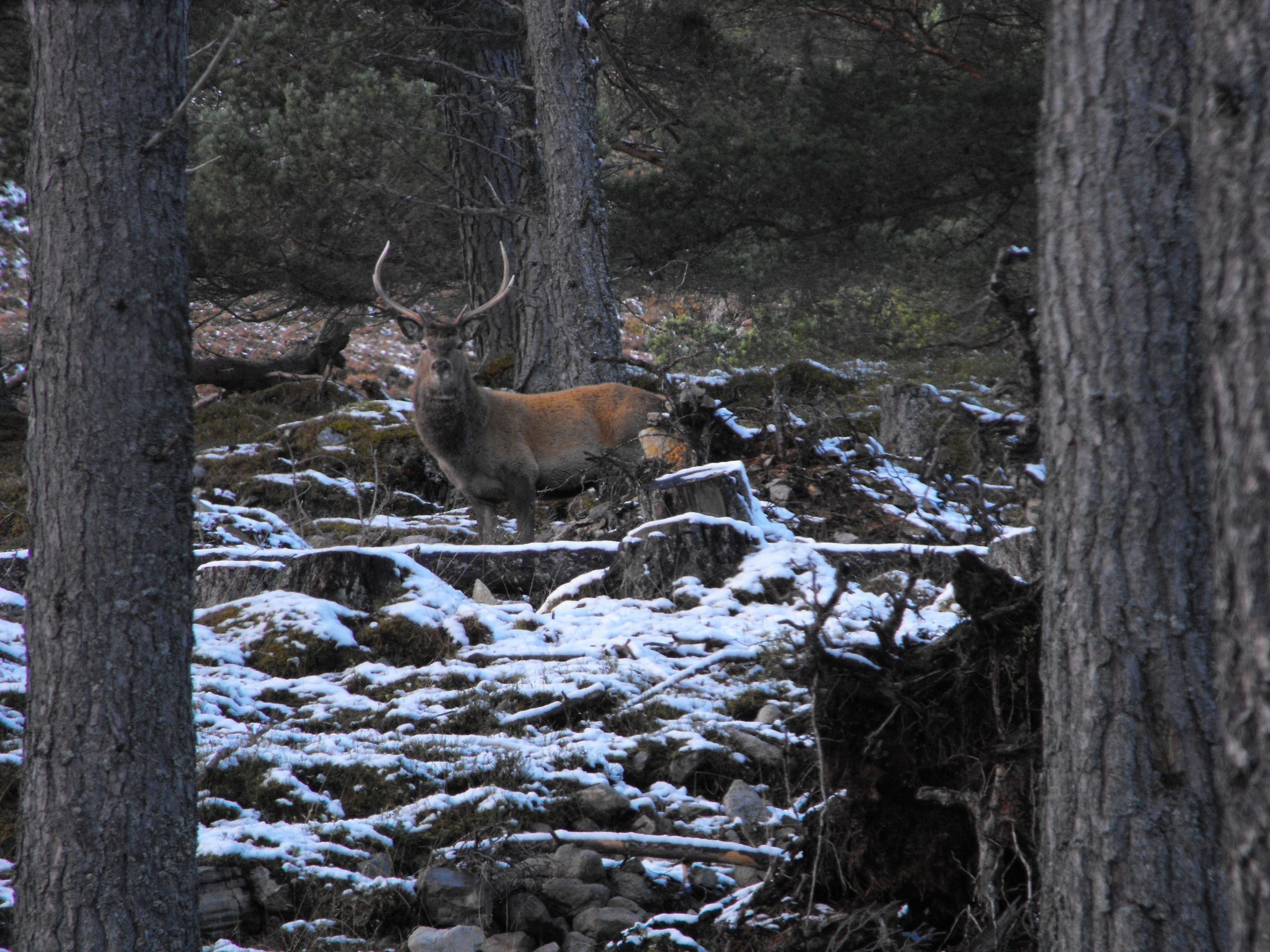 You won’t be disappointed with the incredible history, nature and wildlife of the Blelack forest

The Scots pine woodlands of Blelack with a dense carpet beneath of heather and blaeberry is a natural paradise. Whether you choose to spend the day relaxing on the decking at the lodges or spend hours walking through the forest you can’t fail to spot the tremendous selection of wildlife living on the estate.

Red Squirrels are daily visitors to the lodges and during autumn we feed them nuts to help them through the winter. There are good reasons for doing this; if they can put on fat reserves in autumn they are much more likely to be start mating early the following year and hopefully produce 2 litters a year. Expect to see them hanging from the nut feeders or running between the pine trees. You can often observe two of them chasing each other high up in the trees, usually a sign that it’s mating season! 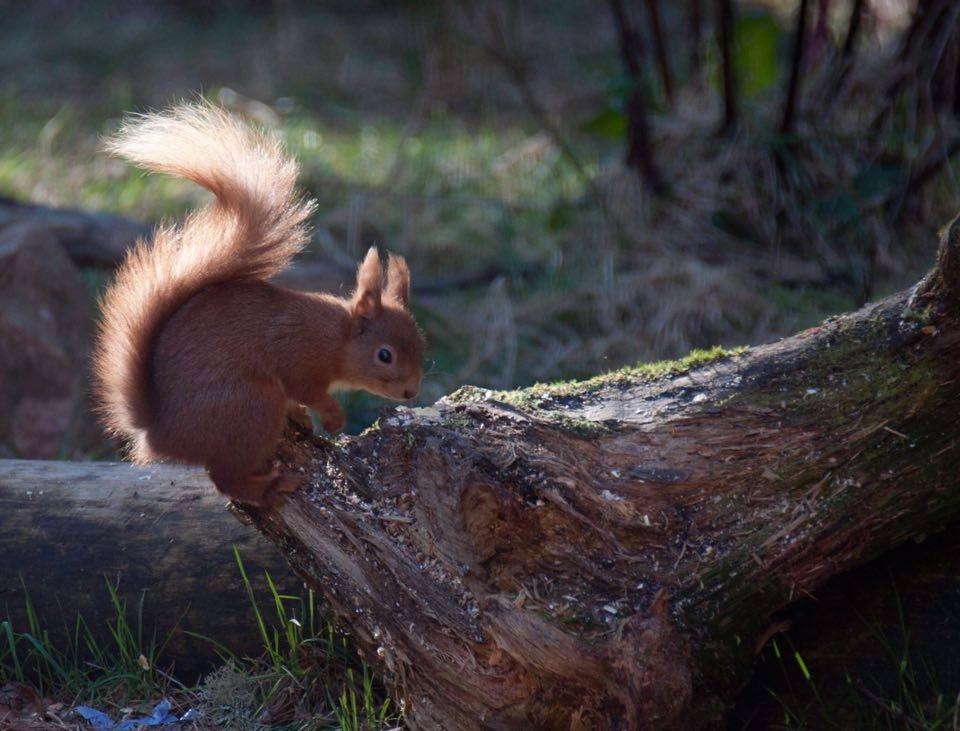 Roe deer are frequently spotted taking a drink in the lochan or at the burnside.  In poorer weather they will shelter under the tree canopy to sleep and you may see signs that they have slept at the base of a tree – they seem to like it near Capercaillie Cabin, perhaps because of its proximity to the lochan.  Roe deer cast their antlers annually so the eagle eyed among you may go home with a set of antlers.

Very occasionally red deer have been spotted near the lodges. However, if you are keen to catch a glimpse of the magnificent red deer then take a short trip to Loch Muick or Braemar where you are  more or less guaranteed to spot them, especially at dawn and dusk. Just remember they are a lot bigger than us and deserve our respect.

Otters are known to be living at The Coldstone burn that runs from the lochan and through the woodlands. They are notoriously secretive so guests hoping to see them need to be very quiet indeed!

Talking of secretive and shy, the Pine Marten has been sighted locally and as it enjoys the same habitat as the red squirrel it is very likely that they are living in the Blelack woodlands somewhere. Do let us know if you spot one, they have eluded us so far. 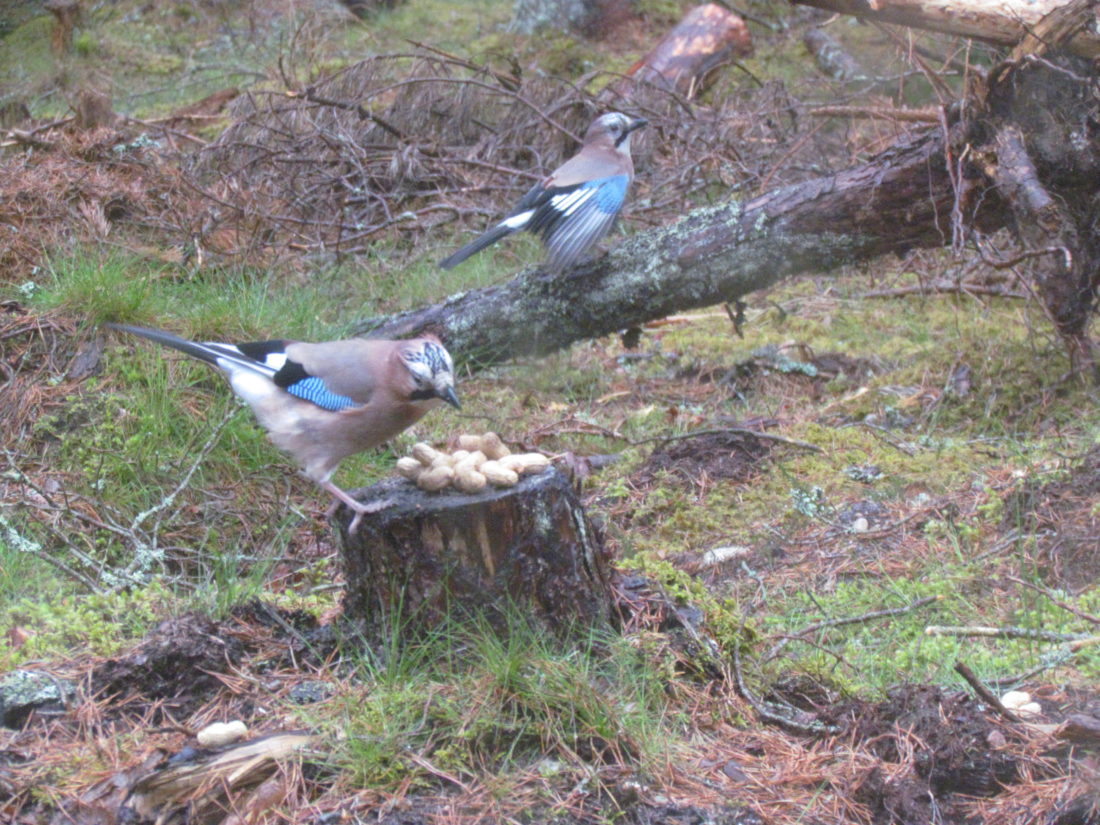 You will see rabbits in abundance on Royal Deeside, indeed if you look across the lochan from Osprey Lodge in the morning the field opposite closely resembles a scene from Watership Down.

As you would expect the woodlands are teeming in birdlife and guests can expect to wake to the chirping of the woodland birds and the steady drumming of the woodpeckers. Buzzards, kestrels and sparrow hawks can be observed hunting around the Blelack woodlands along with the much loved barn owl.

We’d love to be able to say that the magnificent and endangered  Capercaillie are still living in the Blelack woods as we know they used to live and breed here. Unfortunately although we have seen them nearby, we’ve haven’t caught a glimpse of any around the lodges in recent years. We of course live in hope that they will return to us.

All of the lodges have bird feeders which we encourage guests to use and we supply wildlife books to help with the identification of any unknown visitors.